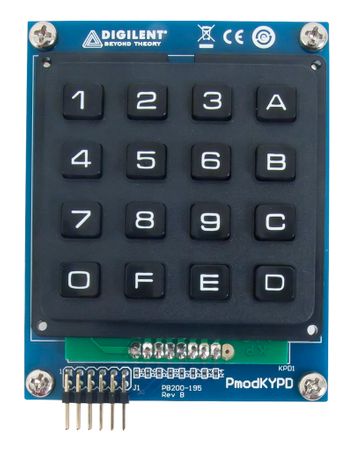 The Pmod KYPD extends Digilent Boards with 12-pin header by a 16-Button Keypad.

The Pmod KYPD is a 16-button keypad arranged in a hexidecimal format (0-F). By digitally driving a column line to a logic low level and digitally reading each of the rows, users can determine which button is currently pressed.