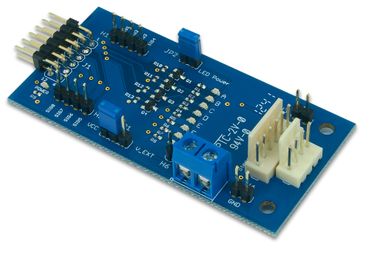 The PmodSTEP provides a four channel drive for a stepper motor via the ST L293DD. Users may wire two pairs of channels in series to drive up to 600 mA of current per channel and can view the current status of a GPIO signal through a set of user LEDs.